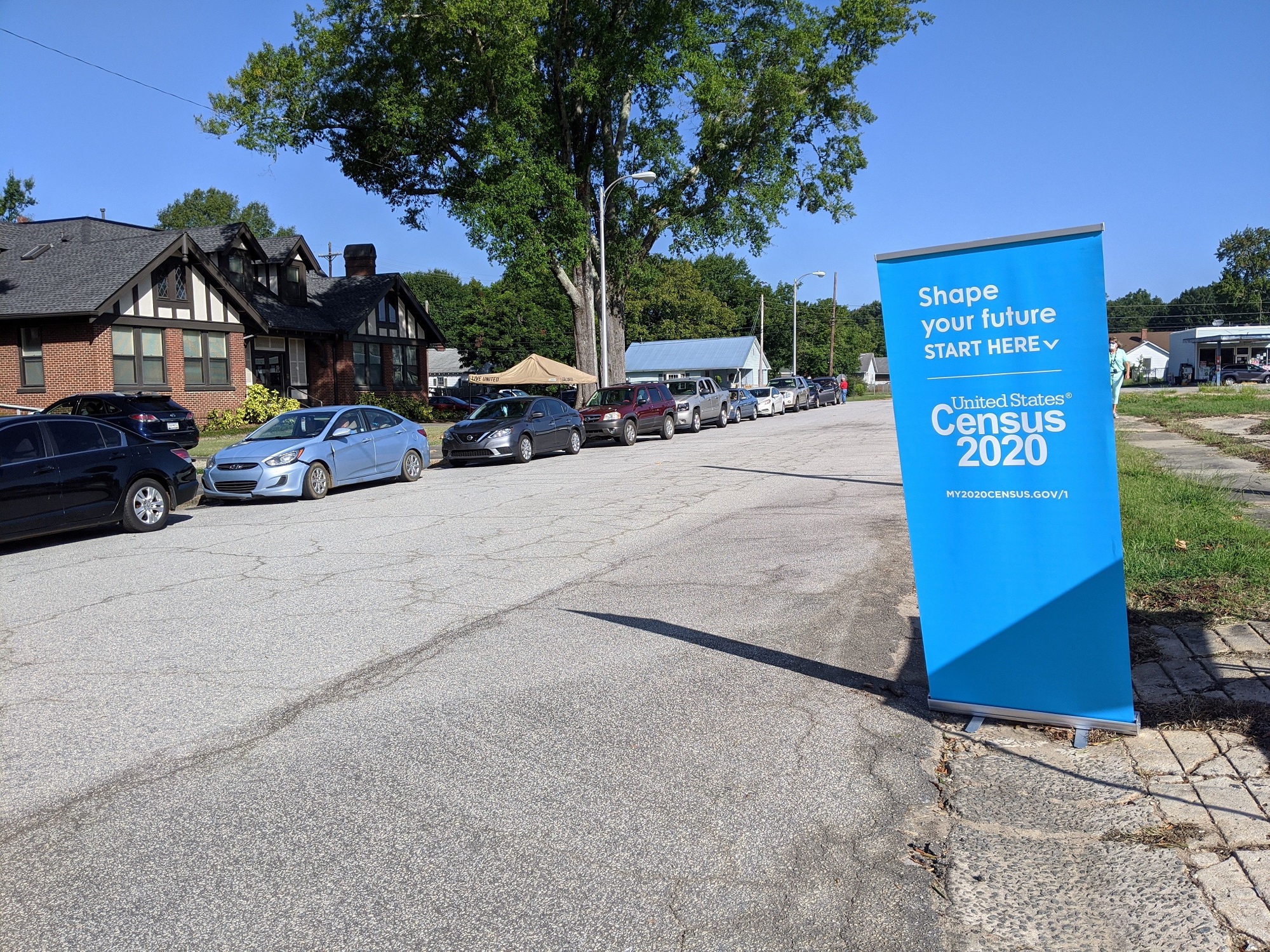 USCOG staff partnered with United Way of Laurens County and the U.S. Bureau of the Census to offer an opportunity for Laurens County residents to complete their Census forms as they picked up free school supplies for their children. The event was timely as South Carolina ranks 46th nationally in Census response rates.

A total of 12 families had not completed their Census form as of the event on September 3 in Clinton. Census staff brought iPads to fill out the forms online for the families as they socially distanced in their cars for the drive-thru supply distribution.

Upper Savannah Government Services Director Rick Green said that with the deadline approaching, there is a lot of catching up to do in South Carolina.

“Right now, South Carolina ranks 46th in response rates among the 50 states,” said Green, who assisted the Census Bureau at the Laurens County event. “Only one of our six counties is slightly over the state response rate. We have a lot of ground to cover to improve.”

Green is concentrating on senior citizens filling out their forms.

“Typically, senior citizens have a lower online response rate,” he said. “I’m working with our Aging Division staff to find some more opportunities to partner with groups who might serve seniors and other hard-to-reach groups in the region.

“COVID-19 requirements don’t make any of this type of in-person, data gathering activity any easier.”

“Census is important to what we all do at Upper Savannah and how we do it,” he said. “If we get an undercount, we lose resources to other areas that got a better count. If we lose resources, we can’t help our local governments and the people in the region as well.

“We need to push through the end of September and try to get as many people to respond online as possible. These Census numbers will impact funding and resources over the next 10 years and we can’t afford to lose out.”