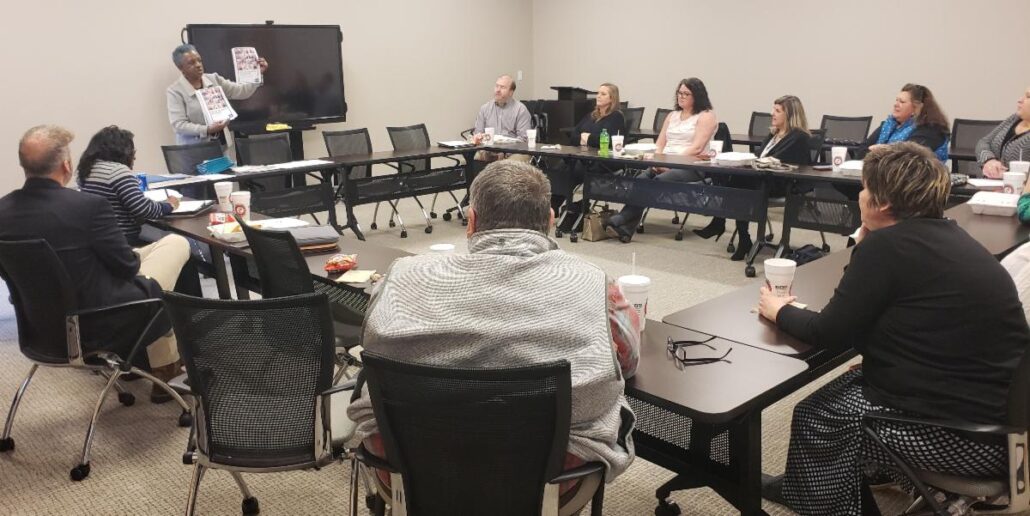 With Census 2020 Day looming less than two months away, U.S. Census Bureau Partnership Specialist Linda Shell is asking county and municipal clerks to get the word out in their communities.

Shell was a guest speaker at the county and municipal clerks meeting at USCOG Feb. 11. Census Day is April 1, 2020, the reference day used to count each person.

“This is where we need you to help us get the word out in your cities and towns how important it is to participate in the Census,” she told the nine clerks in attendance.

“There is more than 675 billion dollars that will be distributed among the states based on the Census count. Primarily, the Census is two things… money and power (congressional representation).”

“If your citizens don’t participate in the Census, they become invisible for the next 10 years in terms of federal funds and representation,” Shell added.

The clerks each shared what they have already done or have planned to increase Census awareness in their communities.

The U.S. Constitution mandates that our nation conducts a Census count every 10 years. Census information is also used by companies, retail stores and restaurants when looking for new locations or expansions.

Shell said senior citizens and undocumented immigrants are among groups least likely to respond to the Census because they do not want to share information. But they need to know “the Census is safe and secure. We do not share our information with anyone,” Shell said.

Shell also said approximately one million children ages 5 and younger were not counted during the last Census nationwide due to reasons that include split custody where neither the mother nor father list the child.

Shell said residents will receive a notification in the mail on or after March 12th requesting that they complete the Census form. Beginning in March 2020, Census forms can be completed from official mailings, online, or by calling the Census 1-800 number.

College students, prisoners, long-term care residents, and those in homeless shelters all must be counted as well.

Shell told the clerks she is determined to “make sure the State of South Carolina and every county gets what they rightly deserve for our citizens. Have something in your towns and cities. Be visible. Let people know that you and your town supports the Census.”

For more information about Census 2020 and how to help your community complete an accurate count, contact USCOG Government Services Director Rick Green at 864-941-8064.