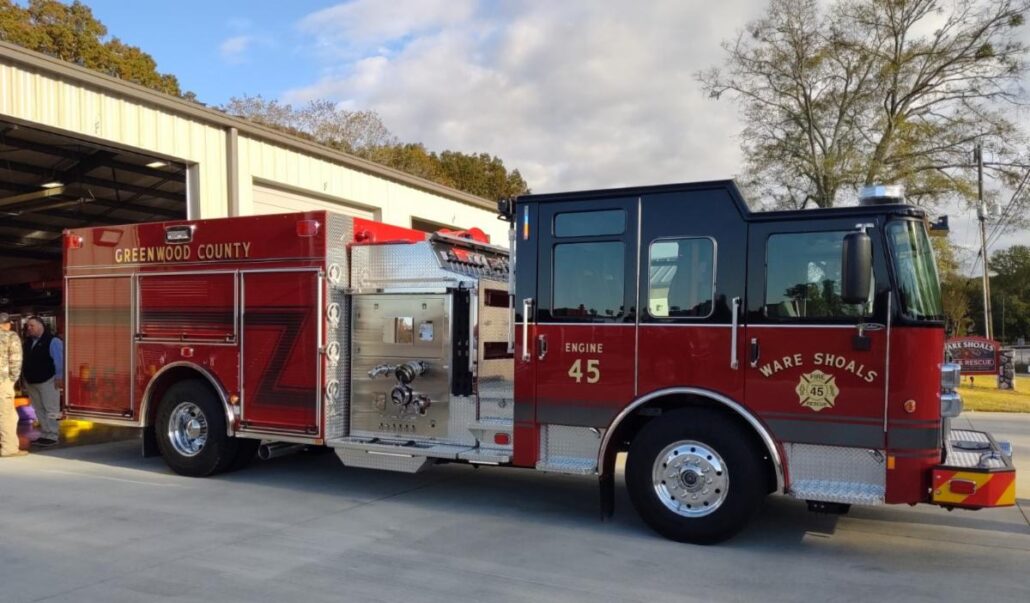 The Town of Ware Shoals received its new fire truck November 12. The Town was awarded a Community Development Block Grant for the truck two years ago. The truck is seen here at the Town’s new fire station which opened earlier this year.

Upper Savannah COG Community Development staff submitted three grant applications in the round and all three were awarded. Twenty-one grants were awarded statewide.

The City of Greenwood received $177,571 in CDBG funds in the Community Enrichment category to demolish and clear 10 vacant and condemned houses located on Owens Street, Park Alley, Park Avenue and Washington Avenue southwest of downtown.

The Town of Edgefield received $150,000 in CDBG funds in the Special Projects category to develop a “pocket park” at Main and Jones streets in downtown at the site of a former bank drive-through/ATM.

Plans for the Edgefield site include possible pavilion, farmer’s market, small interactive water feature, bronze statue of a person of local significance, picnic tables, a raised stage, and space for community events such as “movie night.” Plans also include renovating the former bank drive-through building, including a new roof.

The Town of Ware Shoals celebrated the arrival of its new fire truck Nov. 12. The new truck will replace an outdated pumper which will help provide adequate fire protection in the Town. The CDBG request for $500,000 was awarded in November 2017, with a local match of $66,890 for total project estimate of $566,890.